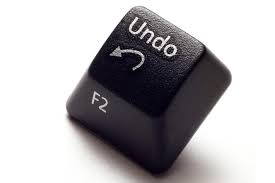 Microsoft has pulled its August Update for Windows after users reported crashes and issues restarting their systems. The company is currently recommending users uninstall the update.

Microsoft said that it discovered issues relating to four individual updates associated with the August Update: 2982791, 2970228, 2975719, and 297533. The updates addressed security and features, and began rolling out on August 2.

Specifically, Microsoft identified three known issues regarding the “behavior” it had seen when users installed the update. First, fonts that are installed in a location other than the default fonts directory  cannot be changed when they are loaded into any active session, essentially locking them in.

Second, fonts don’t render correctly. The third issue is the most critical, however: Microsoft said that it is investigating reports that systems may crash with a “0x50 Stop error message” after the updates are installed.

On Friday, the same day that Microsoft recommended users download the latest updates for Windows 7 and 8, Microsoft issued a hotfix for Internet Explorer. According to a support article issued Friday, "web applications that implement consecutive modal dialog boxes may cause Internet Explorer to become slow and unresponsive over time."

Microsoft issued the hotfix for Internet Explorer versions 7 through 11—basically every major version.

If you have a problem go to http://support.microsoft.com/kb/2991509 and download the fix relevant for your system.