GPS Technology - Getting you into trouble 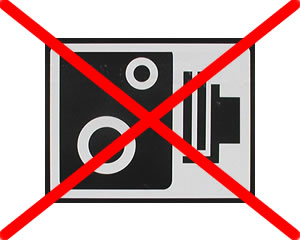 As you may have heard in the news or seen in the Connexion newspaper some new laws have come into effect in France that may affect some of the technology you own.

What does this mean for you, effectively using any speed camera warning device is banned. These devices can include GPS units such as TomTom, Navman, Garmin etc. Mobile phones with GPS navigation software or dedicated warning devices like the Coyote or Inforad systems.

You should disable the speed camera warning notifications immediately (please check manufacturer’s instructions) and also check the manufacturer's website for software updates to address this problem. (you might need to look on the French version of the web sites).

Manufacturers such as Tom-Tom already have detailed instructions on their website and are producing a new warning system for France that will warn of danger points. Devices like the Coyote and Inforad systems that already warn of danger points and not specifically speed cameras will need a software update to comply with the new laws.

It is still perfectly legal as far as I can tell to have your navigation device warn of danger points/locations and it seems this is the general idea the government have outlined as the reasoning for these new regulations, they would prefer that drivers are notified of all danger locations not just the locations of the cameras.

A number of people have contacted me to ask for information on disabling the speed camera notifications from their navigation devices, I've also received reports of people having been stopped by gendarmes and asked to hand over their GPS devices for inspection. I have no idea of the legality of gendarmes asking to inspect GPS devices but much better to be on the right side of the law and not get into trouble.