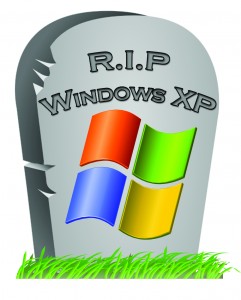 Those of you still holding on to Windows XP now have less than a year and half to spend with the now-antiquated Operating System before Microsoft pulls the support plug. On April 8th 2014, Microsoft will officially end support for Windows XP, Microsoft have said "If you still have some PCs running Windows XP, now would be a good time to start migrating them to Windows 7 or 8". From January this year there will be no more updates except fixes for major security problems.

Microsoft has warned against waiting for the next Windows operating system saying "Not only is it important for companies and individuals to upgrade before support runs out, but they should also be aware that by upgrading to Windows 7 gives substantial gains in security and safety. Windows XP was great software for its time, but the technology environment has moved on, security is an ever bigger concern that cannot be ignored, and Microsoft cannot continue to ensure the safety or the reliability of a 12 year old piece of software".

Windows XP made its debut in 2001 and have been a very good and reliable operating system ever since, but time is effectively up. Although approximately 46% of global Windows users are still running XP that number is dropping rapidly. Windows 7 is the most favoured replacement beating Microsoft’s latest Windows 8 by a huge margin. Unfortunately for Microsoft Windows 8 is not selling very well with sales well below those of the ill-fated Windows Vista.

Many sites are already warning users their browser is out of date (those running Internet explorer 8), and in the not to distance future many user might find themselves blocked from certain sites because there bowser is outdated. For those with Windows XP things become very difficult as there is currently no way to upgrade the browser to a later more secure version.

Mozilla Firefox, Google Chrome, and Sea monkey no longer support Windows XP and now all require Windows 7 or 8 for the latest versions, this only leaves the Opera Browser as a choice for Windows XP users that are not ready to move to a later version of Windows. Opera is not a bad browser but nowhere near as good as Internet Explorer or Google Chrome. It has some compatibility problems with banking and online payment sites but does offer good security and safety.

Opera browser can be downloaded from. http://www.opera.com

It’s one way to keep XP going for a little bit longer.

If you need help or have any questions about your computer please give me a call or send me an email for FREE advice.